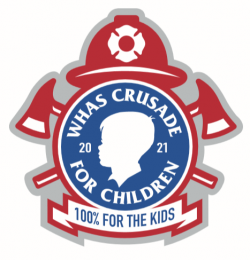 We are busy already for the 2021 season of the WHAS CRUSADE FOR CHILDREN! Beginning tonight, May 6th, we will be conducting door-to-door collections. Please remember, this is not a solicitation to gai...
Read more »
Paid daytime staffing/New Chapel EMS
Thu. Apr 29th 2021 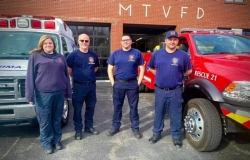 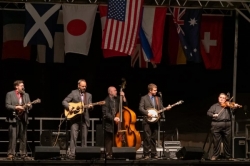 ***DUE TO THE COVID-19 VIRUS PANDEMIC, THE SHOW HAS BEEN RESCHEDULED FOR MAY 3rd***Check back for further updates. CLICK TO PURCHASE TICKETSOur first 2020 WHAS CRUSADE for CHILDREN EVENT: 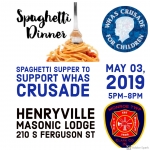 Be on the lookout for various events sponsoring our efforts to raise money for the WHAS Crusade for Children 2019.So far, we have the annual dinner and auction on June 1, 2019. More details to follow...
Read more »
Upcoming Events
Every Monday
6:30pm
Equipment Checks/Training and Drills
Every 2nd Tuesday
7:30pm
Monthly Business Meeting
Picture Gallery 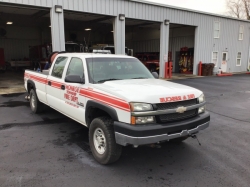 Nearby Jackson Twp Fire Dept in Washington County. This is a link to their Facebook page.

Photos and information about fire stations and fire trucks from all over Indiana.

The 911 center responsible for dispatching Monroe Township and all other agencies in Clark County.

Advertisement
News
Christmas Dinner and Awards Banquet 2012
The Monroe Township Fire Department celebrated Christmas and 2012 together by gathering at Wooded Glen Retreat Center for their annual Christmas Dinner and Awards Banquet. Many local departments as well as the Peachtree City, Georgia fire department were present and recognized for their assistance and contributions from the March 2012 Tornado disaster.

Chief Furnish introduced Drew Daily, who was involved in the Tornado cleanup efforts for Henryville.

Pictured are from left: Erica Stoffregen, Roger Binder, Jessica Bartle, Dwight Taylor, Carolyn Tindor. Carolyn Tindor was rescued on March 2nd during the tornado and hail storm by Stoffregen, Binder, Bartle, and Taylor. They were given Awards of Valor for their heroic efforts.

Sgt. Roger Binder is presented with a medal of valor from the President of the IVFA for his heroic efforts on March 2nd 2012.

FF Erica Stoffregen is presented with a medal of valor from the President of the IVFA for her heroic efforts on March 2nd 2012.

EMT Jessica Bartle is presented with an award from Rural Metro EMS for her heroic efforts on March 2nd 2012.

EMT Dwight Taylor is presented with an award from Rural Metro EMS for his heroic efforts on March 2nd 2012.

Carolyn Tindor was proud to be with her four heroes today and spoke about the event on March 2nd 2012.

Firefighters Mike Daulton, Chad Munk and William Harris are sworn-in as they leave their probationary period and earn their black helmets.

FF Erica Stoffregen and Sgt. Roger Binder are presented with the "Firefighter of the Year" Award

FF Mike Daulton is presented with the "Rookie of the Year" award.

Jerri Mull (left) and Melissa Guernsey are presented with a Certificate of Appreciation for their assistance during March 2012.

Amber Hall and Elizabeth Binder of the MTVFD Support Services Division are recognized for their continued efforts.

Deputy Chief Doug Dunlevy presented Chief Furnish with a flag that has flown over the capitol, and a letter of appreciation from Congressman Todd Young. 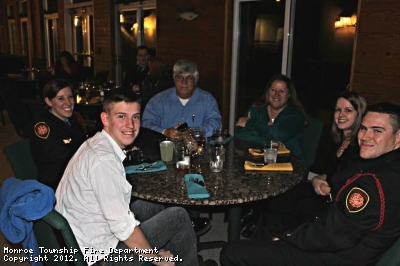 41 entries in the News

We are busy already for the 2021 season of the WHAS CRUSADE FOR CHILDREN! Beginning tonight, May 6th, we will be conducting door-to-door collections. Please remember, this is not a solicitation to gain monetary goods or services for our firefighters or for the Monroe Township Fire Department. These are volunteers donating their time to raise as much money as possible for the Crusade for Children. If you are unable or unprepared to give at the door, we understand completely. As alw...

Press Release:Please read below regarding some positive changes for MTVFD. Feel free to ask any questions and we will do our best to answer!3/31/2021:The leadership and members of Monroe Township Volunteer Fire Department are always striving to progress and serve the community better. Over the past year, we have made some changes that will provide a more effective and efficient service to you, our neighbors and community.Since 1949, MTVFD has been an all-volunteer organization. It’s quite ...

The Michael Cleveland and Flamekeeper show benefitting the WHAS Crusade for Children has been postponed until October 17th, 2020.  We regret any inconvenience this may have caused anyone, but this decision was made based on circumstances beyond our control. TICKETS BELOW: CLICK HERE FOR TICKETS

***DUE TO THE COVID-19 VIRUS PANDEMIC, THE SHOW HAS BEEN RESCHEDULED FOR MAY 3rd***Check back for further updates.   CLICK TO PURCHASE TICKETSOur first 2020 WHAS CRUSADE for CHILDREN EVENT:MTVFD is PROUD to announce an incredible night of fun and music, with our  own Henryville native Michael Cleveland!Michael Cleveland’s blistering prowess and technical fluency have marked him as a sought-after musician, leading to performances with Vince Gill, Marty Stuart, Tim O...

Be on the lookout for various events sponsoring our efforts to raise money for the WHAS Crusade for Children 2019.So far, we have the annual dinner and auction on June 1, 2019.  More details to follow. We also have a spaghetti supper on May 3rd, 2019. A flyer has also been posted. Be sure to follow us on Facebook and Instagram for frequent updates!

Here are some photos of the progress on our two new E-One 3000 gallon tankers. Delivery expected in mid-December 2017!

PUBLIC ANNOUNCEMENT:   Because MTVFD is constantly striving to improve services to our community, we are opening our doors to host the “Community Access Program and Intranasal Naloxone Administration Training” event.  This event will be presented by the Clark County Health Department, and it is open to all of the public.  Currently, your fire department, police officers and EMS provider carries the overdose-intervention drug known as “Narcan”. This is ...

Last year, we collected $28,683.47. That was our biggest-year ever, and we saw the potential to do even better. We have a very generous community and a large group of dedicated volunteers. For 2016, we set a goal of $30,000. While a very lofty goal we had good feelings about being able to meet it. After weeks of roadblocks, door-to-door collection, as well as our large dinner and auction, we far-surpassed our goal. After hundreds of hours of hard work, during heat, cold and pouring rain, firefig...

June 2015: The MTFD raised $28,683.47 this year for the WHAS Crusade for Children. For a small, rural community, this is an amazing accomplishment. Our firefighters and their families dedicated all of their free time for weeks to make this years Crusade the biggest COLLECTION success to-date. In 2003, we turned-in over $31,000 thanks to a $10,000 check from one individual. In 2001, we collected over $26,000. So, here in 2015, our latest Crusade was our biggest amount that we raised and collec...

Thanks to a generous community, MTFD firefighters and families, and many long hours of work, the 2014 WHAS CRUSADE FOR CHILDREN is successfully in the books. Monroe Firefighters raised over $21,000 again this year; an impressive feat for a small community. Many people have asked why MTFD firefighters were not on WHAS TV this year. On Crusade Day, Sunday Morning June 8th, before we were to load-up and head to Louisville, Monroe Firefighters were dispatched to an MVA in the forestry. A vehicl...

CRUSADE EVENTS for 2014: The Monroe Township Volunteer Fire Department would like to invite you to our annual lunch, dinner and auction on June 7, 2014.Menu for Lunch and Dinner – Bar-B-Q Chicken, Potato Salad, Mac & Cheese, Baked Beans and Desserts.Times:Lunch 11 am – 1 pmDinner 5 pm – 9 pmBands 5 – 7:30 pmAuction 7:30 pm by Heil’s Auction ServiceSpecial Guest: Bonkers T Clown will return again this year. He is an award winning balloon twister and Clown.Au...

Girl Scout Troop #1232 paid a visit to MTFD. The girls got to see and learn about the equipment, meet some of the firefighters and ask questions. Groups and visitors always welcome! To schedule a tour or visit, email kaseytaylor@mtvfd.com [URL=http://s1295.photobucket.com/user/MTVFD/media/IMG_1595_zpsda70a0fa.jpeg.html][IMG]http://i1295.photobucket.com/albums/b636/MTVFD/IMG_1595_zpsda70a0fa.jpeg[/IMG][/URL]

Kallen is a special young fella with a rare illness. He loves firefighters and police officers. MTFD was proud and honored to send him some gifts!

Saturday, October 19th. 2pm-7pmWhere: Henryville Community CenterCome support MTFD and WHAS CRUSADE FOR CHILDREN. Music, Bake Sale and of course all the chili you could want. All-you-can-eat (and JUDGE the chili): $3.00 per person. To enter, bring a pot of your own chili and $10.00 entry fee. To register, contact Kasey Taylor @ 502-296-3125 or Willie Stoffregen @502-643-8771 ALL PROCEEDS GO TO THE WHAS CRUSADE FOR CHILDREN!

Every Monday evening, the Firefighters of Monroe Township conduct regular training and drills. Even if it is something we have done over and over for years, we make sure to always practice the essential skills to be ready when called. This particular evening we practiced drafting water from a "dry" hydrant. These hydrants are not supplied by city water; they are installed by a static water source such as a lake or pond. There are a few of these hydrants throughout the Clark S...

Several new Firefighters are participating in a regional Firefighter I Class, hosted by Clarksville Fire Department. They have been studying, training and working hard for the past few months. Tonight they completed the final portion of the hands-on practical skills. Here are are a couple photos of the drill that consists of blocking off an active sprinkler head. This skill is important to know, as it is a vital part of controlling water damage to a business or residence where a sprinkler has be...

The Monroe Township Fire Department celebrated Christmas and 2012 together by gathering at Wooded Glen Retreat Center for their annual Christmas Dinner and Awards Banquet. Many local departments as well as the Peachtree City, Georgia fire department were present and recognized for their assistance and contributions from the March 2012 Tornado disaster. from left: Chief Furnish, Captain Ater, Captain Taylor, Chief Klein (Lafayette Township Fire Dept) Chief Furnish thanked Chief Klein a...

The MTFD recruit class is in session. We have 7 new firefighter candidates who are taking the state-certified mandatory FF class. The primary instructor is Sgt. Jared Phillips. Captain Taylor and Captain Ater will be assisting. The class is meeting on Tuesday and Thursday evenings until mid-December.

41 entries in the News

Tweet
Copyright © 2006-2021. YourFirstDue Inc. All Rights Reserved. Designated trademarks and brands are the property of their respective owners. Content on this web site is supplied by Monroe Township Fire Department. YourFirstDue Inc. cannot be held responsible or liable for any content, text, pictures, or any other media found on this web site. Maintained by the members and staff of Monroe Township Fire Department.
Management Login
Powered by